The computer Ninja uses to play Fortnite Battle Royale is one of the best for competitive gaming. Having a powerful PC to play Fortnite gives you many advantages and allows you to run the game as smooth as butter, reduce lag and make sure you're competiting against the pros on an even-playing platform. Fortnite Battle Royale has many in-game settings which allow you to run the game at different specs- with Ninja's PC, he can run the game at the highest settings in stunning HD without his computer breaking a sweat. Let's take a look at the computer and why having one is so important for playing Fortnite.

A computer is your main piece of hardware when it comes to running games (obviously) so it's important to make sure you have all the right components that make running Fortnite at it's best. Playing Fortnite Battle Royale is a very competitive game and running a slow, sluggish computer can see you lose out on more battles than you win. Let's dive into the main aspects and advantages of having a gaming computer give you when playing competitive games:

So what computer does Ninja use when playing Fortnite? Here are the components that make up Ninja's PC. Computer Case: 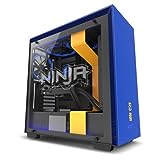 Ninja uses his own custom gaming computer tower to encase all his computer components. If you want to build your own PC that looks exactly like Ninja's, you can start with the PC gaming case from NZXT. It comes with a solid glass panel to show off all the computer components when running (which looks great during live streams!) and it features the Ninja logo and color combo.

What graphics card does Ninja use? 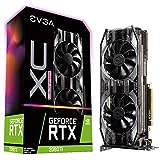 Ninja uses the powerful beast that is the 2080 TI XC Ultra card from NVIDIA. This card is the best on the market, comes with a staggering 11GB DDR6 memory and can run the most graphic intensive games at 4k with no problems. The card is one of the most expensive on the market and is likely to dominate for many years. Alternatives to this card include the 1080 TI or a 2080 card.

What RAM does Ninja use?

For RAM, Ninja uses the Corsair RGB RAM sticks which come in 8GB and 16 GB sticks. Depending on the motherboard you have, you usually can add up to 4 slots of RAM in your computer. When playing Fortnite, you usually don't need more than 16GB, but if you're streaming and video editing, you'll probably want to up that number to 24GB or 32GB.

What CPU does Ninja use? 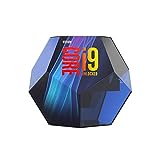 Ninja uses the powerful I9 CPU from Intel which comes with a whopping 8 Cores and uses up to 16 threads- that's a lot of multi-tasking and power! The CPU aids the graphics card in rendering game play and the more powerful the CPU is, the better the game can run. It's especially useful for doing multiple tasks at once, like live-streaming and video editing.

Ninja is one of the most popular Fortnite Battle Royale streamers on the planet. He averages over 40,000 viewers at a time on Twitch.tv and used to get 100,000+ during Fortnite's most popular time. Ninja has a sponsorship with Redbull and is considered the "face" of Fortnite. He did not qualify for the Fortnite World Cup 2019, despite coming very close on occasions in the Duo's format. He won the Fortnite PRO-AM competition at E3 with Marshmellow in 2018 and signed a mega-deal to now stream exclusively on Mixer.com.

Got any suggestions for a gaming computer?

We've wrote guides on the best computer for Fortnite and also best laptops for Fortnite. If you have any suggestions, check out these pages and let us know!