The best laptops for running MapleStory depend on your budget and what features/settings you're willing to forego. You can run MapleStory using a relatively cheap laptop due to the game being not very graphic-intensive but of course for the best experience you'll want a laptop with a good CPU.

We've compiled three lists based on different budgets, so whether you're after a notebook or a high-end gaming laptop, check out the options below.

MapleStory is an MMORPG that was released in 2005 in North America and is free to play. The client currently is supported only on Windows. The game has consistantly received updates to the base game and is still actively maintained today by publisher Nexon. The recommended system requirements can be found on their support site: 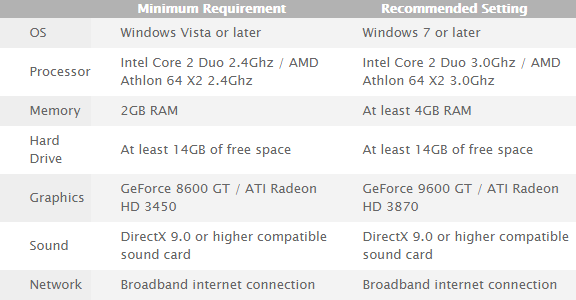 Based on the above settings we have curated a list of laptops that are capable of running MapleStory. Check out the FAQ if you have any questions about what can run MapleStory.

They shoud all run MapleStory just fine with minimal in-game lag. Some settings can be tweaked in-game to lower the graphics processing usage, which will also help with performance.

If you want a computer with a little more power behind it and a computer that won't need to be upgraded in a couple of years, consider these best laptops for MapleStory.

High-End laptops are beast machines that can run most games well. You won't struggle to run MapleStory at all with any of these machines since they are finely tuned to run intensive graphical games.

What is the best laptop for running multiple instances of Maplestory?

MapleStory is a light-weight game and doesn't require too much computer power to run. With that being said, you'll want a laptop with a lot of RAM if you plan on running MapleStory with multiple instances and a good CPU (Intel i5 or I7).

Can MapleStory work on Macs?

Currently MapleStory isn't supported on Mac OS. The only way to play MapleStory on your Mac is to Dual-Boot the laptop with a variation of Windows installed.

I just want a spare laptop for playing MapleStory, do I need an expensive laptop?

Since MapleStory can run well on most machines, you don't need an expensive laptop. However, in some areas of the game which have a lot of users on screen and flashy animations, you can get choppy FPS and lag. MapleStory isn't the most optimised game in the world, so a more powerful machine would be better than something that is older.

Got any suggestions for running MapleStory on a laptop? What are you currently using? Do you find it runs well, or do you have lag? List your processor, ram, graphics card and HDD type in the comments below so we can see what everyone else is using.