Football Manager is back and we have the best laptops for Football Manager 2019 already waiting for you. The latest iteration of the series is sure to please fans with plenty of updates, new features and still keeping the tradtional Football Manager gameplay that we all love sinking hours and hours into. This year the game is back with new addtions including social interactions with players, updated 3D game engine and more focus on Sports Science. The game still has amazing responsive menus and comes equipped with some new and improved charts to help you take your football career to the next level.

What to consider in a laptop for playing FM2019?

The latest edition of Football Manager 2019 does not require powerful hardware to run well, much like it's predessor FM2018. What that means is the game can run well on older laptops and machines that don't have the latest hardware. This is great if you're considering getting the game and have an old laptop laying around that you can use. That being said, a more powerful machine than your old laptop will run the game better. Older machines may suffer from slow load up times, in-game lag and some performance issues. If you're looking to make sure your laptop can run the game well, here are some things to consider.

The most important part of any laptop that plays games is it's Graphics Card. This piece of hardware is responsible for processing the game's graphics, rendering animations and loading assets for you to use. The best graphic cards out at the moment are NVIDIA's GTX series and AMD's series. Of course, since FM2019 does not require lots of powerful hardware, you don't have to spend hundreds of dollars on a laptop with the latest card. You can get some reasonably priced ones these days, especially as we move into the new generation of RTX cards that are being put out for 4K gaming.

The second component you should consider is the CPU. If your laptop does not have a GPU, you'll want your CPU to have integrated graphics chip. Whilst not as powerful as having your own dedicated graphics card, an integrated graphics chip can pack enough power to run Football Manager 2019. A good CPU to look out for are Intel's i7 and i5 series, which can have up to 6 cores and 12 threads at the high end of the scale, meaning you can multi-task better.

FM2019 doesn't use much RAM but most laptops come with a standard amount of 8GB, which is more than enough to run this game and do other tasks like play music in the background/web browse.

One final consideration is making sure your laptop has an SSD. An SSD will load up games much faster and means Football Manager 2019 will load up super fast and allow you to play within seconds.

The system requirements for Football Manager 2019 don't require much from your computer. You can view them below:

As you can see, you don't need too much power to run Football Manager 2019 on a laptop. In many ways, it's one of the best games suited for laptops and it won't heat it up as if you're playing some intensive FPS game.

Check out our list below for the different laptops you can get that can run Football Manager 2019 with these system requirements in mind.

They should all run the game just fine with minimal in-game lag. Some settings can be tweaked in-game to lower the graphics processing usage, which will also help with performance.

If you want a computer with a little more power behind it and a computer that won't need to be upgraded in a couple of years, consider these.

Let's take an in-depth look at all the laptops we've listed on this page. Here we'll discuss the advantages of using these laptops when playing Football Manager 2019. 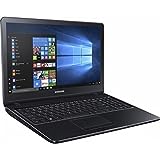 The Samsung 15.6-Inch Premium HD Touchscreen Laptop comes with a touchscreen so that it can double up as a tablet. It has it's own dedicated graphics card, the 920MX, which will allow you to play Football Manager 2019 on medium settings without too much stuttering. It has a big 1TB harddrive for storing files, so you won't run out of space quickly.

You also get 8GB of RAM, which is more than enough to run this game on. 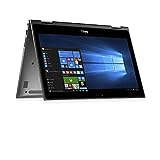 This laptop doesn't have it's own dedicated graphics card, instead it comes with an integrated graphics processor on the CPU. It is using a Intel Core i5-7200U. This is fine for games which don't require too much processing and can be run on lower graphics settings.

It's 258 GB SSD will load up games fast and effecient and it has a decent amount of RAM at 8GB, which is standard for most laptops in this price range.

The Acer Aspire E 15 is a decent laptop to play Football Manager 2019 on. It comes with a NVIDA GeForce 940MX graphics card, which is decent enough to run the game on decent settings. It has 256 GB SSD, which is plenty of space for the game and it will load it up extremely fast compared to a standard hard drive.

With 8GB of RAM it gives you plenty to work with to run multiple applications without the need for restarting.

It's Intel i7-7500u Processor is great for this laptop's price range, which comes with 2 cores and 4 threads.

Can Football Manager 2019 work on Macs?

Football Manager is supported on Mac and even has it's own mobile version too.

Got any suggestions for running Football Manager 2019 on a laptop? What are you currently using? Do you find it runs well, or do you have lag? List your processor, ram, graphics card and HDD type in the comments below so we can see what everyone else is using.